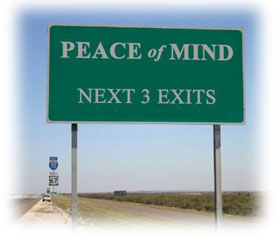 Over time, Alcoholics Anonymous adopted the prayer as part of the Twelve Step program. The prayer was modified and is said as: “God grant us the serenity to accept the things we cannot change, courage to change the things we can, and wisdom to know the difference.” While the serenity prayer’s origin may be sketchy, the prayer has been used extensively in Alcoholics Anonymous (AA) since 1942.

One of AA”s founders, Bill W., says the prayer was introduced to the program by Jack, an AA member in New York. According to “A.A. Comes of Age,” Bill W. writes how Jack found the prayer in A New York Tribune obituary. Soon after, the prayer was printed on small cards and carried everywhere by AA members.

The rest is history: the serenity prayer is known worldwide as a prayer of strength and hope for AA and Al-Anon, and other myriad Twelve step members. I know it has helped me many a time, to the point where I’m praying it without even being aware of it at first.