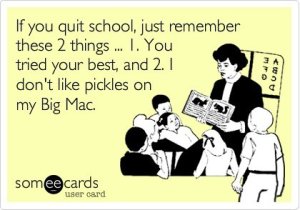 I almost closed/deleted/whatever my blog yesterday, which I’ve kept since (I think) May of 2007. Anyway, it’s a pretty long time. It’s just getting to be like FaceBook to me, which is why I mostly stay away from FB these days. FB is all about the houses to me. The big ones, the prettiest ones, the ones with adorable kids on swing sets in the backyards, handsome couples walking hand-in-hand down the neighborhood for all to see. Most of the rest of us stand there and admire, whistle, and applaud. Oh, and we can’t forget the likes. The more likes you get, it means more people like hearing about your pretty house, husband, wife, kids, pets . . . and not simply friends but total strangers. Someone you have never ever met in your entire life likes your dog, Fido.

What, and now there are love buttons, in case one can’t like the person enough. Am I the only living soul who finds this a little surreal? No, you needn’t argue with me about the difference between liking the poster and liking what the poster posts.

Anyway, blogging is getting to be like that, like FB. It’s been that way for a while for me. I just don’t “like” myself waiting and worrying over . . . likes. If you know me at all, I don’t need to explain that sentence to you, and if you don’t know me, there’s not enough time to educate you.  I suppose I could keep writing, for myself (it’s the only time I write anymore), while disabling the likes and comments. That way I might wonder who would’ve liked it, but I don’t have to torture myself over why no one liked it.

Nobody realizes the power they wield. I know I don’t have any power. I’m nobody. But not you, nope, not to me. Okay, there’s a lot more rolling around in this old head, you know, but I’m going to stop now. See you. 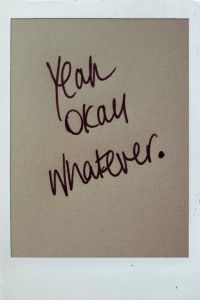 We all know learning does not always come easily, in fact sometimes it’s at a high price. I’ve learned something in the past six months which has become my new mantra, and it goes like this: “I don’t need to explain myself.” Period. (Except probably to a boss, if I want to keep my job.) Now, I could think it’s a waste to learn something valuable in my early 50’s, but try to just look at it as added wisdom, and practice it. That’s the ticker. It’s one thing to know, and quite another to do.

Wow. I almost emotionally vomited all over this page. That was close.

Moving along,  today is brought to you by the letter F. How about a lively night where you and your friends are locked in a room together and granted thrilling challenges of teamwork, brain power, and physical stamina – all competing for hidden clues each round to the spy’s identity. Your friends will have a great time with exciting rounds of digging up clues and challenges while they try to figure out who the spy is among them and why they were invited to this special dinner party.

1st in the “murder mystery” series!

Hi. Hey there. *tap-tapping on the mike* Lou, is this thing on? Yeah? Okay, cool. That’s cool. So anyway, for those of you who don’t know me, I’m Chris, the owner and sometimes maintainer of this blog. I’m in the middle of changing the main content, but I can’t really figure out what I want to say with it from here on out. I just know I want to feel happier, more joyful and grateful about things in general. I think it has to start here *touches chest* and here *points to laptop, where blog appears on-screen*.
So anyway, I’m doing the April A-Z Blogging Challenge, but on my own. Mostly because I had signed up for the official A-Z Challenge–but I forgot. And kept forgetting. Which is not that difficult seeing as I take a medication whose larger side effect is upon short-term memory. I hope I don’t sound like I’m trying to make an excuse. If I do, I deeply apologize. I’m just trying to explain, that’s it. Now then, what was I explaining?

Well, if you haven’t already guessed or figured it out, my theme for this April is tabletop board games, specifically of the murder mystery variety,  from A-Z. Or, if you want to get all technical about it, D-Z, except for Sundays, which is a day of rest.  The murders will include many-varied kinds, and I hope you will be quite entertained. I’m not actually sure why I was drawn to this topic. I’ve played board games, yes, and I’ve been bored by games, but I’ve never played the murder mystery variety. Have you?

And also, can you please tell me what that is on the floor in front of the nurse in the picture of the box? Oh dear, so many prepositional phrases all in a row in one question. I’m freakishly filled with pride. Anyone? Anyone?

Welcome to the Murder Mystery world, a world like none other. You like murky goings-on, tolerably tangled twists, mystery, unclear urges, and substantial subterfuge? Now you’re than a mere passerby or a gossip monger–this time you’re leading the investigation! Set aside an evening, call up some friends, pass out the roles, and let the fun begin!

“In Detroit’s Brighton Hospital, a well-known and well-liked doctor has just been found dead. The staff and visitors present at the time of the murder gather, and the inevitable begins – find out who committed the evil deed before they can escape!”–BoardGameCity.com

Please be assured, the rest of these posts will not be nearly so late. In fact, I should be sleeping by now (usually in bed by 8:30; I’m an early riser). My intention was to have this posted before noon. Well, you know. Tomorrow will  be a better day.  Thanks, Lou. That’s a wrap.

Peace to you and yours,