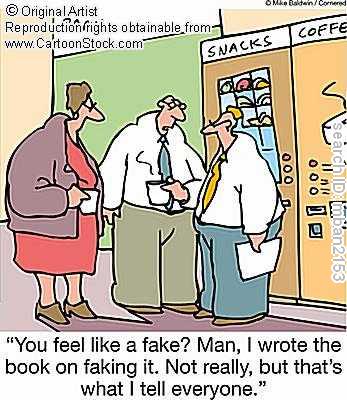 The popular saying in AA and Al-Anon is “Fake it ’til you make it,” but for the purposes of today’s post, I’ve made up my own slogan. Yeah. I did that. 🙂 Well, they all have to start somewhere, right?

So one of these days I’ll be walking down the street and I’ll hear someone talking to a friend, chatting them up, saying, “No, you just do it ’til….” ooor maybe not. 😛

It’s nice to dream, though.

The point is for whatever you are dealing with, whether it’s another person’s behavior or your own behavior you are trying to change . . . I’ve always found that taking action, putting one foot in front of the other and actually taking small steps is what helps me BELIEVE. Because, look it’s either working (the action) or it’s not. And if it’s not, well that quickly I can take steps to change it.

Recently I’ve had someone try to take advantage of me. Try being the operative word. Because I’ve learned so much in Al-Anon, and because I talk regularly with my super sponsor, I know the things to say. I know how not to get walked on anymore. I didn’t “fake it,” I just did the behavior and the consequences were ten times better than they would have been had I taken the actions years earlier, putty in the hands of a master manipulator.

One can use this new “slogan” 😉 for anything. I think of it with my writing as well. As soon as I finish this blog post, I’m going to tackle an hour of writing, straight through. I’ve been thinking of myself as a writer, believing it as it forms in my mind, speaking it to my mother and people who normally don’t commend such statements from me.

What are you hesitant about? What do you need to do ’til you BELIEVE it? Do it today!! What’s stopping you?